Two Cumberland residents face drug charges after two traffic stops. According to the Allegany County Sheriff’s Office on May 19, 2020 members of the Allegany County Sheriff’s Office conducted traffic enforcement in the LaVale, Maryland area as part of a grant initiative supported by the Opioid Operational Command Center (OOCC). Deputies conducted two specific traffic stops along Winchester Road resulting in the seizure of controlled dangerous substances from two separate vehicles. As a result of the incidents two (2) individuals were charged with CDS related crimes.

Tammy Lynn Keller, age 52 of Cumberland was arrested and charged with the following crimes.

Alonzo Gene Butler, age 47 of Cumberland was arrested and charged with the following crimes.

Both subjects were taken before a District Court commissioner for an initial hearing and released on their personal recognizance pending trial.

There are additional charges pending in reference to the traffic stops completed.

The traffic initiative was supported by the Opioid Operational Command Center. The views presented here are those of the grantee organization and not necessarily those of the OOCC, it’s executive director, or its staff. nk’s residence, located on Power Lane in Ft. Ashby. On 05/14/2020 C3I Investigators, with the assistance of the Mineral County Sheriff’s Office and the West Virginia State Police, responded to the residence and executed the search warrant.

​Fink has been charged with two counts of theft and an additional charge of removing or obliterating a serial number. After an initial appearance before a District Court Commissioner, Fink is currently free on personal recognizance pending his next court appearance. 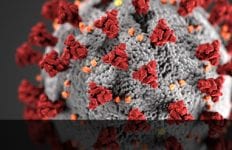