O’s up against it; what else is new?

It would seem the Baltimore Orioles have hit a bit of a wall, having dropped a pair of series to the Toronto Blue Jays (understandable) and one each to the Boston Red Sox (frustrating) and the Detroit Tigers (inexcusable) after reaching their high-water mark of 10 games over .500 at 71-61.

One of the many reasons baseball has long been the greatest game going is its long season – 162 games do not lie, and these Orioles have stood the baseball world on its ear with this wonderfully surprising season; and after Thursday night’s 2-0 win over the Houston Astros, they enter the final 13 games as one of two teams since 1900 to win at least 77 games one year after losing 110.

The Orioles now have 78.

The final 13 will be a challenge, yet what part of this season has not been a challenge for Manager Brandon Hyde’s ballclub that entered the 2022 season with an over-under of 62.5 wins?

While I said in this space in April to take the over, I certainly was not expecting upper 70s and possibly a .500 record. Rather, I was truthfully thinking around 70, because I had and still have faith in this rebuild and was and remain excited by the many talented young players the Orioles are now producing.

The final 13 games began last night as the Birds opened a four-game home series with the Houston Astros, one of the very best teams going. No matter what players and managers will tell you, any team entering a four-game series against anybody will be quietly satisfied with a split. So, the O’s win the first game with a 2-0 win with a brilliantly-pitched start by Kyle Bradish.

Naturally then, what follows will be another four-game series at Fenway Park against the Red Sox. Then it’s off to New York for three games against the Yankees, before the Orioles return home to close the season with a three-game series with Toronto.

Not only is the 162-game schedule brutally honest, so, too, is life in the American League East, so if the Orioles are going to somehow reach the postseason, they will certainly earn it, and they will earn it with their youngest players as Hyde continues to preview the future with the rookies, maintaining the process of the rebuild, postseason chase or not.

In the Wednesday win over the Tigers, it was the four rookies who did most of the damage, with Kyle Stowers, Terrin Vavra, Gunnar Henderson and Adley Rutschman providing the big hits.

Stowers has had his moments in the outfield and at the plate, as has infielder Vavra, yet both are still in the early stages of gaining big league experience. Vavra, in fact, will be playing more and more at second base as the season winds down, leaving veteran second baseman Rougned Odor to sit more often as the Orioles continue to find out about the youngsters.

Odor, of course, became an instant fan favorite long before he came to Baltimore, as he famously punched out Jose Bautista’s lights a few years ago in Toronto. Bautista, of course, is anything but a fan favorite in Baltimore.

While Odor has struggled with his batting average this season, he has produced several clutch moments with long home runs and big hits, including Thursday’s two-run single against future Hall of Famer Justin Verlander to knock in both runs in the 2-0 win.

Odor provides veteran leadership in the infield, particularly for the young Orioles pitchers. He’s been big for the club, and while it may frustrate Hyde not to be using him down the stretch, the Orioles continue to stay true to the rebuild.

Hyde called Odor the “ultimate team guy” on Wednesday, but acknowledged, “We’re just looking at some other players right now.” While they looked at Vavra in left field on Thursday, they decided to count on Odor again at second.

As for Rutschman, the rookie catcher is everything he was advertised to be and more, having already become the Orioles’ best hitter and best player. So, too, is Henderson the goods and he seems to have a spot secured on the left side of the Orioles infield for many years to come.

And don’t forget Jorge Mateo, who is just 27 and has played some of the best shortstop in baseball this season. He doesn’t hit for average, but he has some pop, is spectacular in the field and carries a rocket for a right arm. Very exciting player, as is Ryan Mountcastle, who has found his defensive home playing a very good first base.

The future is bright and the future is real because the future is here, and it miraculously finds itself in the run for the postseason of the present with just two weeks remaining in the season.

It doesn’t seem the odds are or will be in their favor, but, of course, these Orioles have been bucking the odds from the moment they ran onto the field on Opening Day.

Mike Burke writes about sports and other stuff for Allegany Communications. He began covering sports for the Prince George’s Sentinel in 1981 and joined the Cumberland Times-News sports staff in 1984, serving as sports editor for over 30 years. Contact him at [email protected] and [email protected]. Follow him on Twitter @MikeBurkeMDT 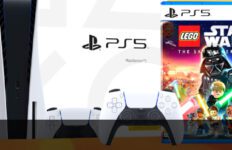 Sign up now to win a PS5 package from Cartridges Galore and Magic 100.5→ 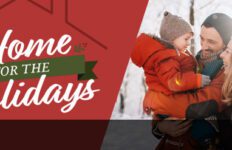 Get your mortgage or rent paid in 2023 from Cumberland’s Magic!→ 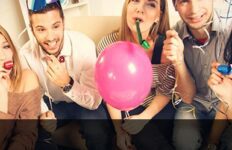 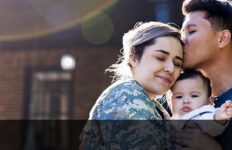